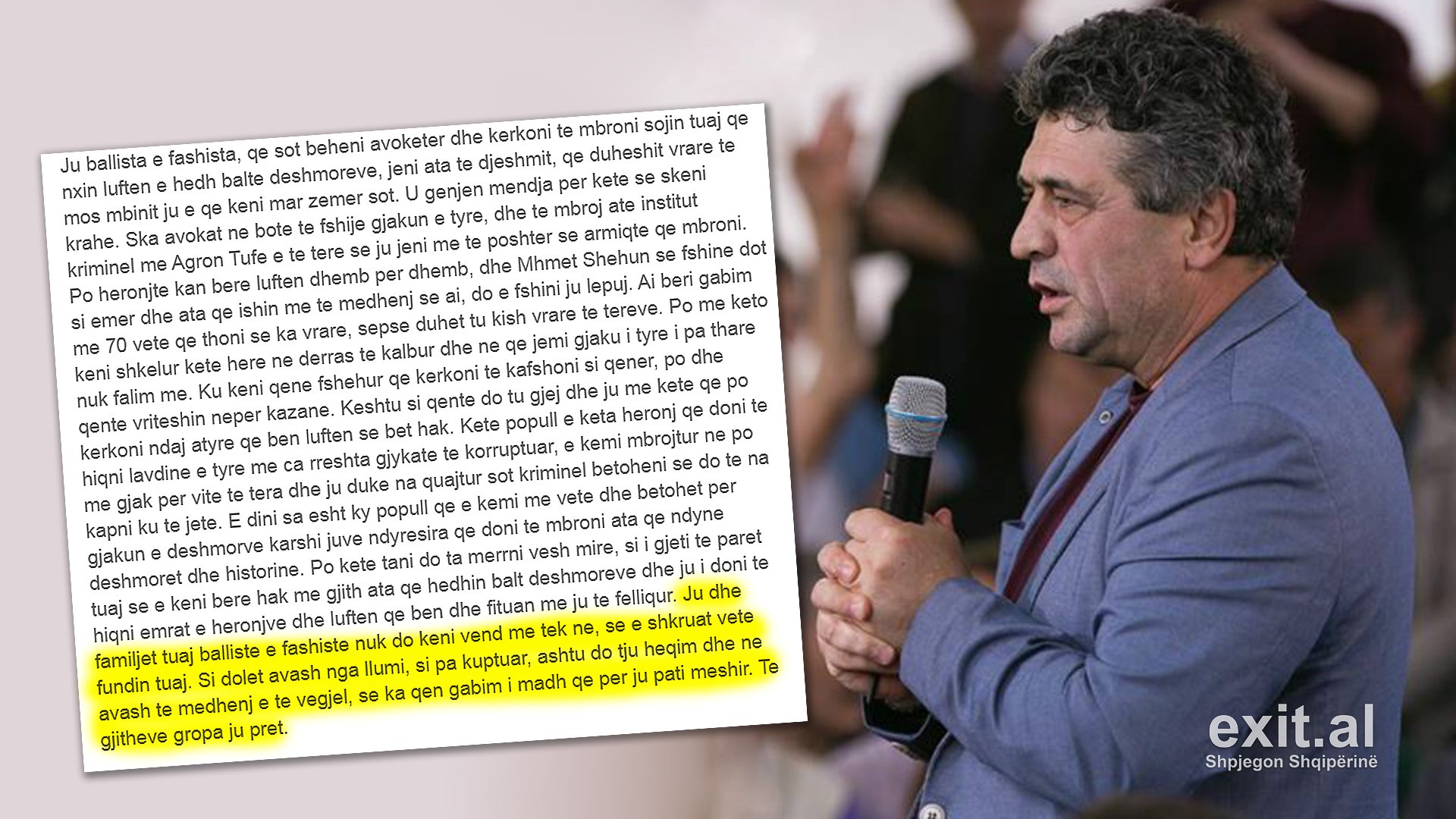 Agron Tufa, the ex-head of the Albanian Institute for the Studies of Communist Crimes and its Consequences (ISKK) recently sought asylum in Switzerland for himself, his wife, and his five children.

Tufa has received a number of death threats due to his work investigating, researching, and publishing information on non-judicial executions carried out by Communist forces. His work has caused outrage in the ruling Socialist Party, especially from MP Spartak Braho who was a member of the Communist judiciary. The government recently tried to ban the study of WWII Communist Crimes and have repeatedly tried to stop journalists and citizens from accessing documents or trying to find out more about what happened during those times.

Exit interviews Tufa to find out why he finally decided to leave and why he believes he is a target of threats and harassment.

Alice Elizabeth Taylor: Why did you decide to leave Albania?

Agron Tufa: II decided to leave after receiving a number of death threats. These came in written form, in public places, near my home, and even whilst driving around the city. People have tried to start fights in the street with me and I have been insulted. I also received threats and provocations from senior government officials on my mobile phone, insisting on a “meeting” to “discuss” and telling me that if I refuse to meet “we will publish a video”. I felt the danger close to my home and my family and I made the decision to leave to protect them.

Alice Elizabeth Taylor: You have received many threats for several years, why did you decide to leave now alone?

Agron Tufa: I have received threats since April 2017. I have reported them to the State Police in the cybercrime sector, but the Tirana District Attorney’s Office has ruled not to launch an investigation. The last two threats, dating back to September of this year, one sent to my lawyer, to him and me, and the other message sent to me personally, were reported to the Vlora and Tirana District Prosecutors respectively. We have not received any response.

Meanwhile, the trial I had opened in April of this year against my aggressors from the Albanian Parliament (MPs, former MPs, diplomats, former diplomats, journalists and newsrooms) has not progressed at all. In the meantime, I have regularly sent information on personal and institutional attacks to the Albanian Parliament and, at the beginning of November this year, launched a detailed 16-page, English-language, information on the 10 most accredited embassies in Tirana, including the EU Embassy and the OSCE Presence in Albania. No one helped or responded to me.

The threat and danger came from former State Security operative officers, who are today at the head of the main state institutions. In the absence of any help or protection from law enforcement agencies or independent institutions that are paid to protect human rights, and with no alternative I decided to save my family by fleeing in search of political asylum. I think even animals, when they feel their cubs are in danger, abandon their territory, looking for another, safer place to stay.

Alice Elizabeth Taylor: Who makes these threats and why? If they are related to government and power, then who?

Agron Tufa: The people threatening me are former State Security operative officers from Communism times who today lead the political and administrative institutions in Albania. The Prime Minister of Albania and the Speaker of the Albanian Parliament have the direct responsibility for their installation, and restoration to power. I think they have brought these “vampires” of the past back to consciousness in order to exert psychic and verbal terror on free and independent people, on independent institutions and free thought.

Alice Elizabeth Taylor: Why do you think you have been targeted?

Agron Tufa: Because of my work. My job and that of my colleagues at the Institute for the Study of Crimes and Consequences of Communism (ISKK) has been to uncover all kinds of crimes committed by the dictatorship and security of the state, to make these crimes public, to acquaint society with the names that have committed these crimes.

I as the head of the Executive of ISKK launched a legal operation, based on the articles of our organic law no. 10242 (dated 25.2.2010), for obtaining information on the presence of these former security officers of the dictatorship in the structures of our democratic institutions, in the state administration, and in high institutions of particular importance.

I have extended this legal requirement to over 110 institutions and state administrations throughout Albania. I was thus fulfilling the legal and institutional obligations of the Institute I headed. With the exception of the 2-3 important institutions that provided their information in accordance with the law, the overwhelming majority of senior institutions under the Prime Minister and Parliament, over ninety-five percent, refused to respond, even after our insistence on legal obligation.

On April 1, 2019, a campaign of intimidation, defamation, insults, an unprecedented lynching crusade from the Assembly Hall and the press began, which continues after my departure in the same spirit.

I believe that the government not only wants to justify the crimes of communism, but also to be proud of them.

Alice Elizabeth Taylor: What do you think about the former members of the Communist Party who still hold positions of power and have influence in Albania?

Agron Tufa: I think it’s a mental filth, from which all other filth comes: political, aesthetic, and ethical filth. It is a catastrophe for the spirit and outlook of Albanian society, a lump in Albania’s derelict back, a metastasis in the perspective of younger generations, a malignant tumor for many other future generations.

I think Albania has turned into a totalitarian Oligarchic and Demagogic dictatorship- a totalitarian hybrid dictatorship of the most extreme amorality. This is due to the manipulation of our political and intellectual elites, their moral bankruptcy, their deep incoherence on consciousness and sense of perspective.

As the space of political freedom in Albania was privatized by political parties, which perpetually surround themselves by marking themselves alone, any political change was made impossible and so, little by little local and central authorities, law enforcement institutions, state and private assets are all controlled by one hand: the Prime Minister and the Socialist Party (former Communist Party).

Alice Elizabeth Taylor: Have you received threats since you left Albania?

Agron Tufa: Yes, the threats have continued. MP’s have said “We’ll find you even in the last hole where you went to seek asylum” (MP Spartak Braho, former MP Sabit Brokaj); “We will ask the Swiss state through our embassy there and respectively the Swiss embassy in Albania not to accept Tufa. Not only in Switzerland, but in no other country.” (Brokaj).

Another threat, made by former Minister of Internal Affairs in 1982-1990, Osman Murati, was published on social media: “If that dung Tufa would be tried for the crime of accusing heroes and martyrs of the national liberation war, and the court would sentence him to death, I would propose that I be the one to give the bullet to his head.” It seems that the former Communists (more precisely the “Enverists”) and their former tools like the former State Security, have created a lot of confidence in Rama’s power.

Alice Elizabeth Taylor: What do you hope for your future?

Agron Tufa: First, detached from the homeland and the employment opportunities I had there, I will try to survive economically with my family in this new situation. Second, to witness and denounce the crimes of Communism and the power-clad people who encourage criminals, make “directors of directors” terrorize people who, like me, seek to bring to light the historical truth and give it a name. And third, if I find time beyond this, I want to write and continue my creative path. 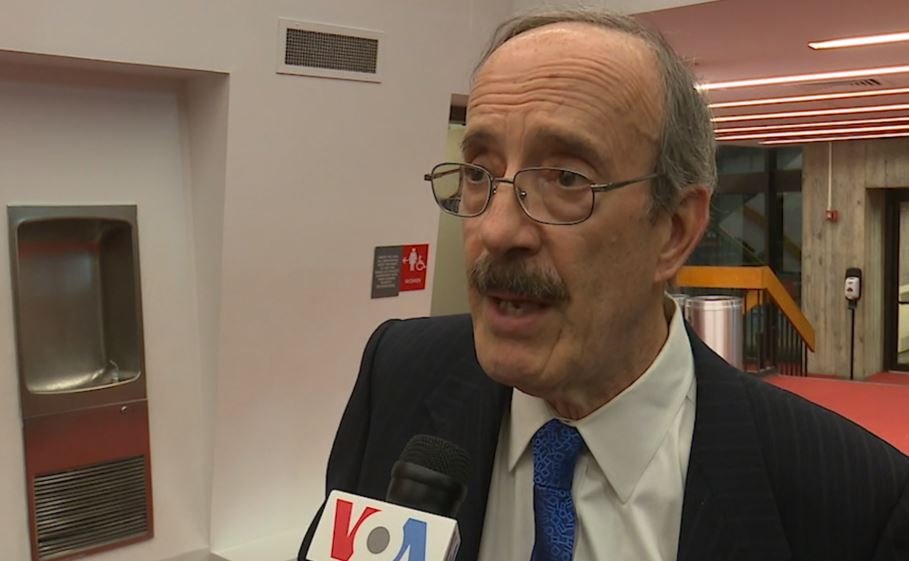 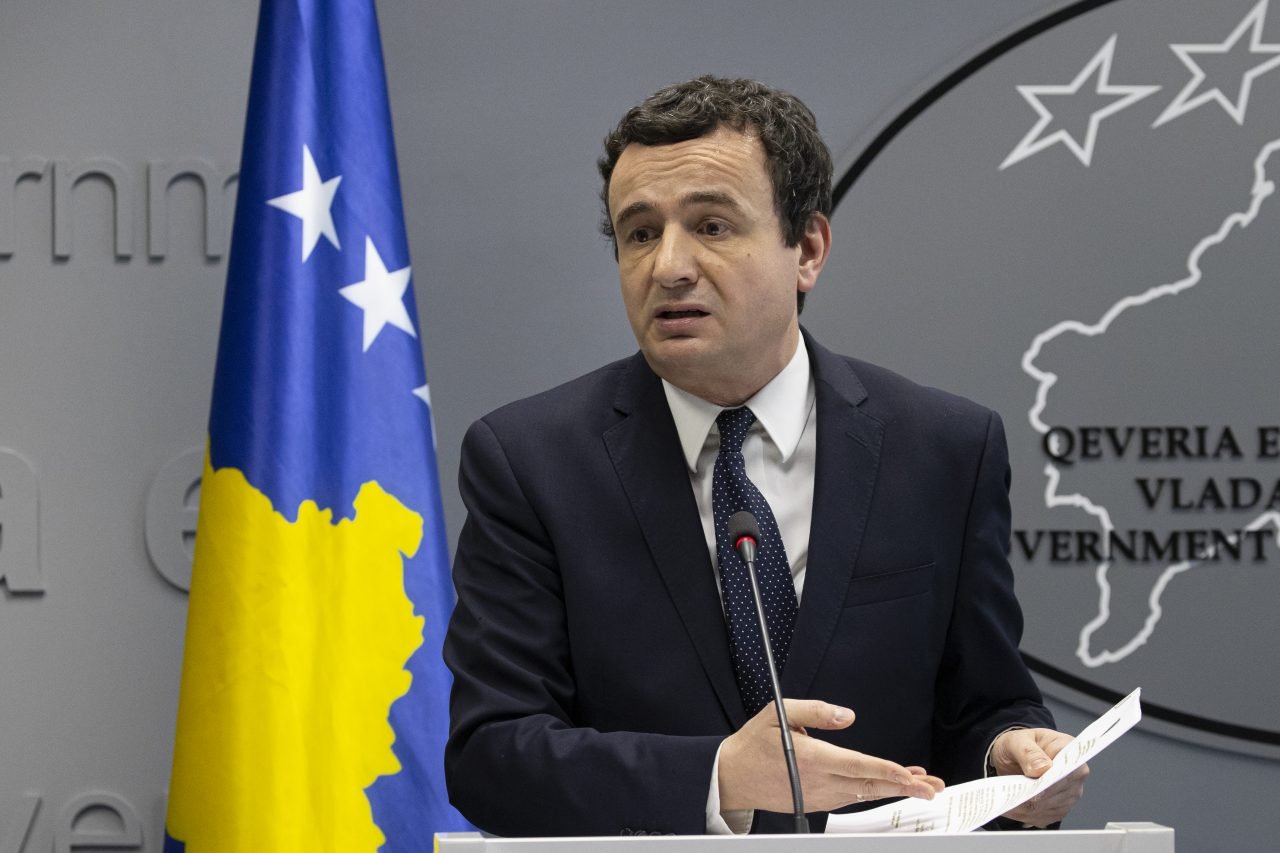 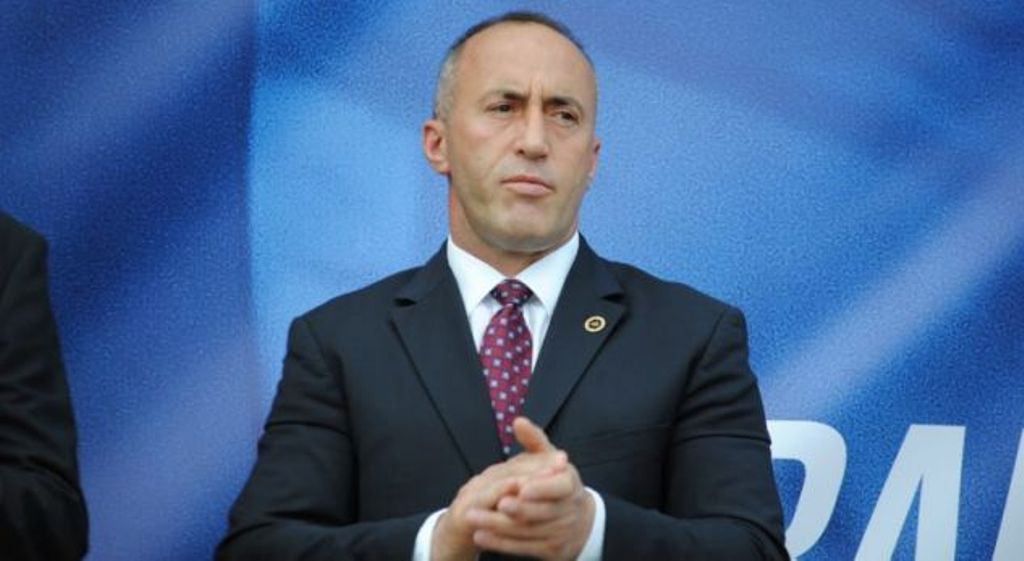 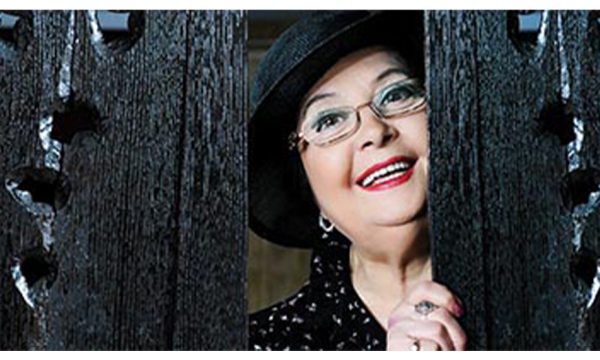 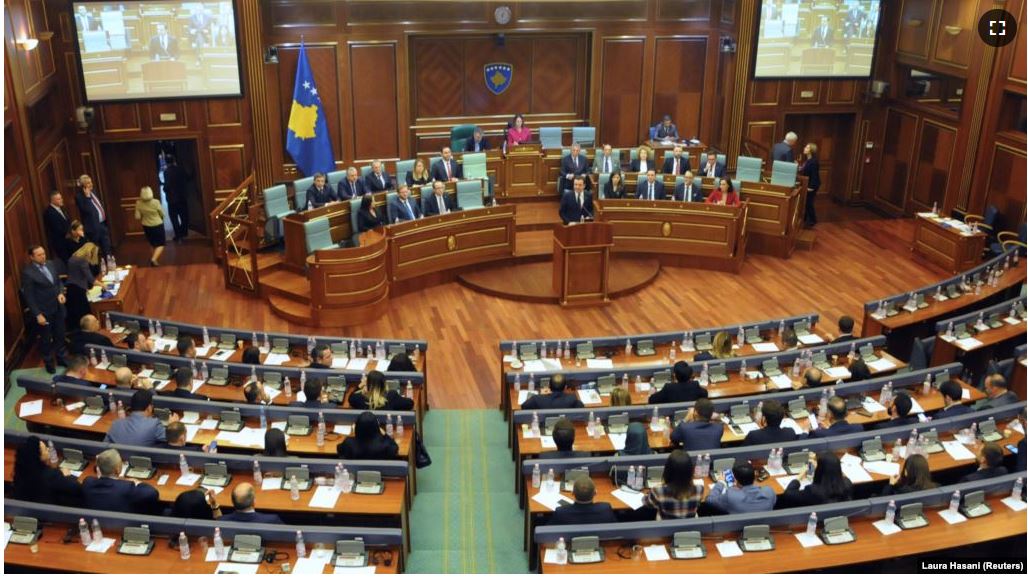 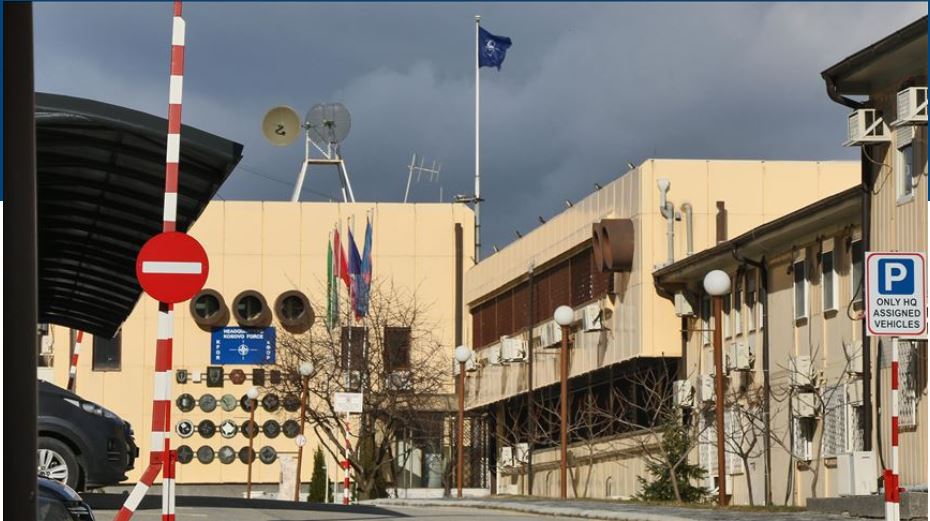 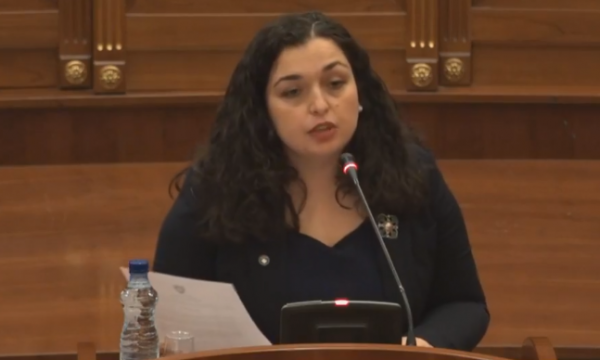 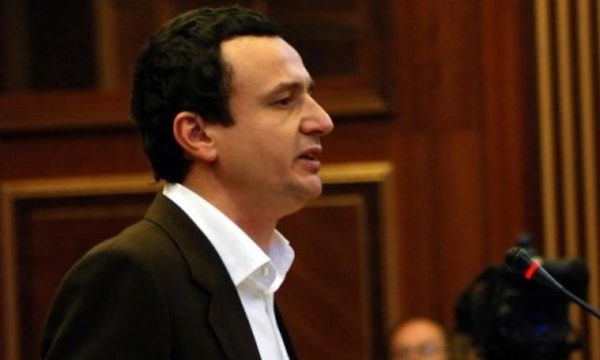